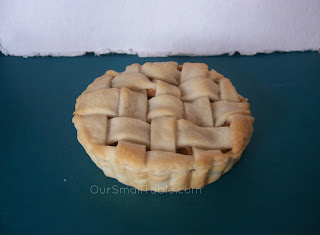 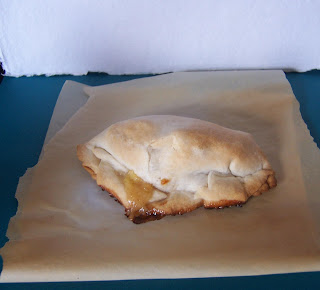 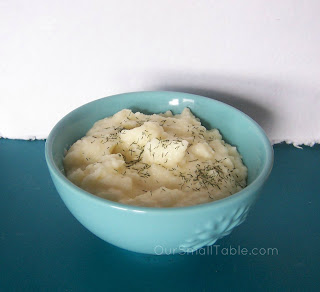 1. Peel potato and chop into 1/2 inch pieces (see notes below). Place in large saucepan and add enough water to cover. Bring to a boil, reduce heat, and simmer, covered, for 20 minutes or until potatoes can be broken up with a fork.
2. Drain, return to saucepan, and shake over low heat for 1 minute. Mash in remaining ingredients, leaving some potato chunks if desired.

Robyn's notes: he likes potato skin in his mashed potatoes, I can't have the skins, so I sometimes make two versions of any mashed potatoes, peeling half the potato for mine and leaving the other half unpeeled for his.  Add the milk while mashing, depending on the size of the potato it may not be necessary to use the full amount.  Havarti, being a semi-soft cheese, is difficult to shred.  It can help to spray the grater with cooking spray, or simply cut it into small pieces off the block instead of shredding.